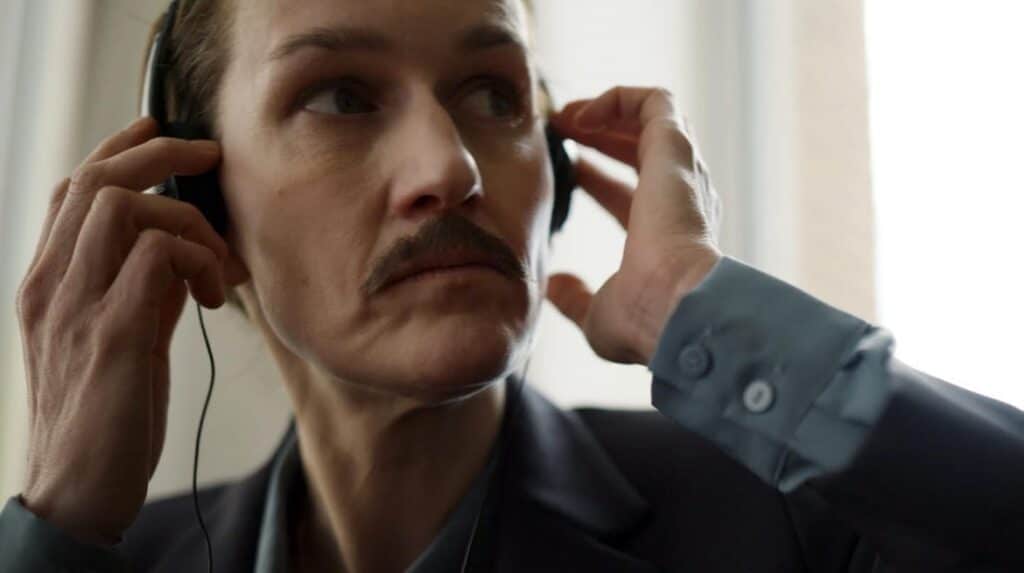 Maastricht, 7th February, 2032. Forty years after the signing of the treaty to found the European Union, the three remaining members of EU meet again in the Dutch city – in the exact same room as 1992 – to sign a new treaty to permanently shut the European project down, its common government and currency, the Community and its Union. An interpreter, from her translation booth above the room – aware of the film viewers – filters History in the making, switching History with capital H, into a simple family story, triggering the three politicians dialogues into an absurd mise-en-scene.